Artur Szklener, head of the organizing National Frederic Chopin Institute, said that among the competition’s aims is to promote talents but also to establish standards for performing the works of Chopin, who was “not a typical composer or performer” of his time, in the 19th century.

A leading world piano competition, it is held every five years, and this one — the 17th edition — saw a record number of almost 500 applications from around the world. 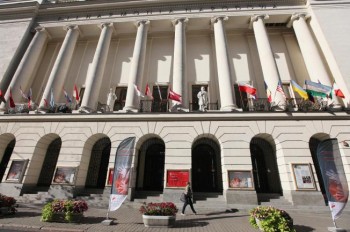