“Introduced by our previous Conservative government in the spring of 2013, April 2nd celebrates the extraordinary legacy of Pope John Paul II as the chief pastor of the Catholic Church, and the tremendous influence he had on Canada and Canadians.

“The first pope of Polish descent, Saint John Paul II spent much of his life under the tyranny of both Nazism and Communism. His strong opposition to both radical ideologies, and his defence of human dignity, stemmed from his Christian faith and conviction that the human person is made for freedom, responsibility, truth, and love. His Apostolic journey to Poland in 1979 – and his homily in Victory Square, in particular – gave new inspiration to the people of Poland to throw off the yoke of totalitarian oppression, breathed new life into a movement that would bring Communism in that country to its knees, and led to the collapse of the Iron Curtain in Europe.

“Through his journey across the globe, John Paul II reminded people of their God-given human dignity and exhorted them to ‘be not afraid.’

“John Paul II was likely seen live by more people than any person in history, and he was the first pope to ever come to Canada. In 1987, he memorably fulfilled his promise to visit the First Nations community in Fort Simpson, N.W.T. He beatified Brother André Bessette and canonized St. Marguerite d’Youville – the first two Canadian-born saints. And, during his last visit in 2002, pilgrims from around the world gathered in Toronto for an unforgettable World Youth Day.

“On Pope John Paul II Day, I hope Canadians will be inspired by John Paul II’s life and take time to learn more about his legacy.” 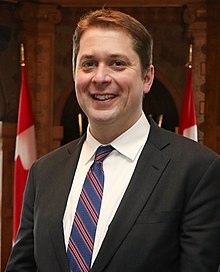