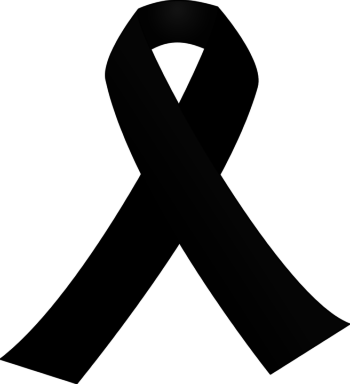 Statement by the Prime Minister on Black Ribbon Day

The Prime Minister, Justin Trudeau, today issued the following statement on Black Ribbon Day, the National Day of Remembrance for the Victims of Communism and Nazism in Europe:

“Today, we join people around the world to pay tribute to the survivors and victims of Communism and Nazism in Europe. We also stand in solidarity with all those around the world who continue to fight against the brutality, violence, and repression of totalitarian and authoritarian regimes.

“Black Ribbon Day marks the sombre anniversary of the Molotov-Ribbentrop Pact. Signed between the Soviet Union and Nazi Germany in 1939 to divide Central and Eastern Europe, the infamous pact set the stage for the appalling atrocities these regimes would commit. In its wake, they stripped countries of their autonomy, forced families to flee their homes, and tore communities apart, including Jewish and Romani communities, and others. The Soviet and Nazi regimes brought untold suffering upon people across Europe, as millions were senselessly murdered and denied their rights, freedoms, and dignity.

“Many people who escaped found refuge in Canada, bringing with them the hope of a better future for themselves and their families. Despite all they had endured, many shared an unshakeable belief in the power of individuals to make positive change and influence society for the better. They, along with their children and grandchildren, have helped build the strong, diverse, and prosperous country we all call home.

“It is up to all of us to safeguard human rights and protect freedom and democracy. It is up to all of us to make sure crimes like these never happen again. On behalf of the Government of Canada, I encourage all Canadians to honour the victims and survivors of Communism and Nazism, and of all totalitarian and authoritarian regimes, past and present. It is in their name that we will continue to defend human rights, and uphold the inherent dignity of every human being.”

The Hon. Andrew Scheer, the Leader of Canada’s Conservatives,

“Today, communities across Canada and around the world will take part in ceremonies to mark Black Ribbon Day, a day of tribute to the millions of innocent victims of Communism and Nazism in Europe.

“Established in 2009 by a unanimous decision of the House of Commons, Black Ribbon Day commemorates the signing of the infamousMolotov-Ribbentrop Pact. Orchestrated eighty years ago between the Soviet and National Socialist regimes, this secret agreement divided Europe into spheres of influence and resulted in the suffering, humiliation, and death of millions of innocent victims.

On September 1, 1939, Nazi Germany invaded Poland from the West, provoking the outbreak of World War II, and then an equally brutal invasion by the Soviet Union in the East followed two weeks later.

“Stalin’s secret agreement with Hitler allowed the Nazis to perpetrate the Holocaust, while the Soviets invaded several other independent sovereign nations and sent many innocent men and women to forced-labour camps, also known as gulags.

“Following the end of the war, the Nazi regime was destroyed, but the Soviet regime survived and spread its terror across the eastern half of Europe for decades. It was not finally stopped until the dissolution of the Soviet Union in 1991.

“Many of those fleeing Soviet communist persecution and oppression made Canada their home. Often arriving alone and with little means, these remarkably strong-willed and hard-working individuals made incredible contributions to our society.

“We must strongly condemn any whitewashing of the atrocities committed by the Nazi and Soviet regimes, and the spread of hate, propaganda, and disinformation.

“On behalf of the Conservative Party of Canada and Official Opposition, I commend those organizing and participating in Black Ribbon Day observances today. I join with you in remembering the victims of Soviet and Nazi terror in Europe. It is our duty to educate future generations about the atrocities of the past in order to ensure that these murderous ideologies never have a chance to rise again.”

On Black Ribbon Day, we remember the countless victims of totalitarian and authoritarian regimes around the world, people who have faced violent crimes of hatred, genocide, displacement and war perpetrated by fascist, Nazi, and Stalinist regimes.

Today our thoughts are with Canadians who were forced to flee their homes at the hands of these regimes in Eastern and Central Europe, and with those in Canada, and around the world, who were also victimized by totalitarian and authoritarian crimes against humanity.

A symbol of the rejection of extremism, intolerance and oppression, this day also honours the democratic values that work to maintain peace and stability, in Europe and around the world.

As we take the time to remember the victims and survivors of totalitarian and fascist ideological forces, let us reaffirm our belief in human rights and democracy, and commit ourselves to never simply stand by when defenseless people are suffering.

and Commissioner Jourová for the Europe-Wide Day of Remembrance

“Each year on this day, we pay tribute to the victims of all totalitarian regimes and recall with sorrow the terrible consequences of the Molotov-Ribbentrop pact, signed on 23 August 1939 by Nazi Germany and the Soviet Union. The Pact plunged Europe even deeper into one of its darkest periods. Millions of people were murdered and generations of fellow Europeans scarred.

It is our duty to preserve the names of the millions persecuted, and keep their memories alive. Especially because today, 79 years later, our common values of human dignity, fundamental rights, rule of law and democracy are challenged again by extremist, nationalist and divisive rhetoric.

By guarding and passing on the memory of past atrocities to the next generation of Europeans, we help to inoculate ourselves against repeating them, and we recall the importance of defending the human rights of every European.

We must continue to tell the story of what happened in Europe’s past, so that we do not make the same mistakes in the future.”